Flat belt in cigarette machinery are mostly used as conveyor belts or for power transmission.

For need of any other specifications, contact with us for customization.

Flat belts were traditionally made of leather or fabric. Today most are made of rubber or synthetic polymers. Grip of leather belts is often better if they are assembled with the hair side (outer side) of the leather against the pulley, although some belts are instead given a half-twist before joining the ends (forming a Möbius strip), so that wear can be evenly distributed on both sides of the belt.

Belts ends are joined by lacing the ends together with leather thonging (the oldest of the methods), steel comb fasteners and/or lacing, or by gluing or welding (in the case of polyurethane or polyester). Flat belts were traditionally jointed, and still usually are, but they can also be made with endless construction. 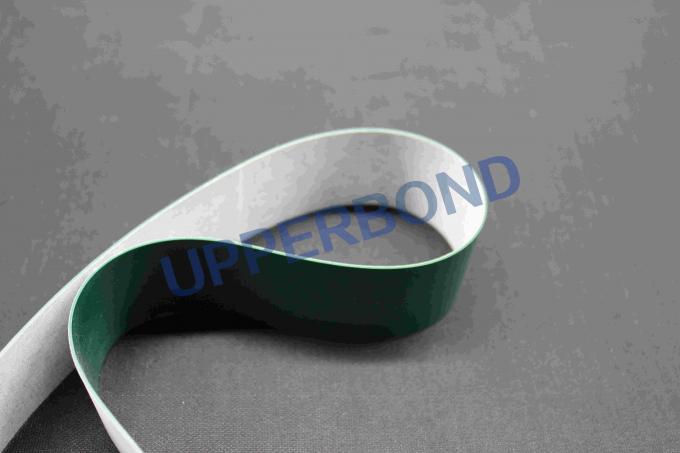